In each of the following groups of words, there are four underlined letter combinations marked A, B, C and D. Compare the underlined parts and identify the one that is different from the others in pronunciation. Mark your answer by blackening the corresponding letter on the Answer Sheet.

There are 40 incomplete sentences in this section. For each sentence there are four choices marked A, B, C and D. Choose one answer that best completes the sentence and blacken the corresponding letter on the Answer Sheet.

A. Without B. Rather than C. Instead of D. Inspite of

A. require B. requires C. is required D. that requires

A. When they were doing B. After they have done

C. Having done D. They had done

A. a too kind girl B. too a kind girl

C. too kind a girl D. a gird kind too

A. was being repaired B. was repairing

C. is repairing D. has been repaired

A. graduating B. being graduated C. to graduate D. to have graduated

33. ______ France Viuard an excellent political speaker but she was also among the first members of the populist party.

A. deserting B. deserted C. desert D. to be deserted

A. were not able to help laughter B. could not help but laughing

41. He had to give up ___ the football match because he had his leg injured in the accident.

42. The young people felt that they needed no help from anyone. They were very _____.

43. I hope my teacher will take my recent illness into _____ when judging my examination.

For each blank in the following passage, there are four choices given below and marked A, B, C and D. Choose the one that is most suitable and mark your answer by blackening the corresponding letter on the Answer Sheet.

The death of a child, _51_ one’s own child, is something the mind can hardly comprehend. It seems to go _52_ nature. The end of a life that is still forming _53_ has just begun is an almost unthinkable cruelty.

But it happens. Parents sometimes must witness the illness and death of the children _54_ whom they gave birth. And _55_ will ever fill the empty place that the dead child leaves behind. Parents _56_ to die before their children, which is the natural order of life events. When the situation is reversed and a child dies _57_ the parents it seems wrong.

Yet we never know why one person dies and another lives. But we do know _58_ a child is gone, the parents still have a future, as grey and worthless as it may at first seem. Death may take the child, but the love never _59_.

The sorrow after a child’s death is one of the longest and hardest type of _60_ to live with. And it takes long to deal with the parents’ own emotions.

51.A. especially B. special C. especial D. most

55.A. everything B. other thing C. something D. nothing

There are four reading passages in this part. Each passage is followed by five questions. For each question there are four suggested answers marked A, B, C and D. Choose one best answer and blacken the corresponding letter on the Answer Sheet.

In the old days, divers used to go down into the sea looking for ships that had sunk, because they hoped to find gold and jewels. Now divers still search for valuable things in sunken ships, but they also try to bring to the surface the ships themselves, or parts of them. The value of different kinds of metals has increased greatly over the last twenty or thirty years and even though a ship has been under the sea for many years, it may be worth a great deal.

One famous sunken ship is the “Lusitania”, which sank off the southern coast of Ireland in 1915 with a loss of nearly, 1,500 lives. It has four huge propellers made of an expensive metal. Today each of those propellers is worth $ 300,000 or more. The ship lying on the sea-bed has been brought by a man called John Light. He paid about $ 1,200,000 for the whole ship. He hopes to bring up those propellers and sell them. He also hopes to sell other parts of the ship, when he has brought them to the surface, for about $ 600,000.

A. gold and jewels B. parts of ships

C. whole ships D. all of the above

they have been in the sea for a long time

gold and jewels are not valuable things

some kinds of metals are worth a lot of money

it is easy to bring up metals

C. after it sank D. after they had brought up the propellers

Man’s first real invention, and one of the most important inventions in history, was the wheel. All transportation and every machine in the world depend on it. The wheel is the simplest yet perhaps the most remarkable of all inventions, because there are no wheels in nature-no living thing was ever created with wheels. How, then, did man come to invent the wheel? Perhaps some early hunters found that they could roll the carcass of a heavy animal through the forest on logs more easily than they could carry it. However, the logs themselves weighed a lot.

It must have taken a great prehistoric thinker to imagine two thin slices of log connected, at their centers by a string stick. This would roll along just as the logs did, yet be much lighter and easier to handle. Thus the wheel and axle came into being and with them the first carts.

A. it was man’s first real invention B. all transportation depends on it

C. every machine depends on it D. both B and C

A. it led to many other inventions B. man had no use for it then

C. there were no wheels in nature D. all of the above

A. a group of early hunters B. the first men on earth

C. a great prehistoric thinker D. the man who made the first cart

Eating in space is different from eating on earth. The food that astronauts carry with them does not look like the food you eat. Some food is carried in closed bags. It is cooked and frozen before the astronauts get it. All the water is removed from the food. In the spaceship the astronaut puts the water back. He “shoots” hot or cold water into the food bag with a special gun. He eats the food through a small hole in the bag.

Other foods come in bite sizes. The astronaut puts a whole piece in his mouth at once. There an be no crambs. Crambs would float around the spaceship and get in the way. Meat and cake often come in bite-sized pieces. Astronauts can’t drink water from open cups. The water would float in drops in the air. The water is put in the special gun. The astronaut shoots the water into his mouth. Eating in space is not easy. Astronauts must learn to eat this way.

you get much hungrier in space than you do

you can’t have water to drink in a spaceship

astronauts must learn many new and different things

you can’t eat anything in a spaceship

The water would come from the open cups.

The water would spill all over their food.

Crambs would float in the cups.

The cups would float in the air.

there is more food and water in space than on earth

eating and drinking in space is a special problem

astronauts can never eat or drink in a spaceship

there is no food or water in a spaceship

75. Which of the following does the story lead you to believe?

Food for astronauts must be made in a special way.

All meat on earth comes in bite-sized pieces.

Astronauts will only eat cakes made from crambs. 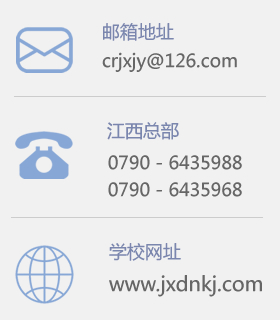